The work of Guillermo Fornes is focused on the emotions, on the communication and the analysis, through the development of a personal pictorial language, including many codes, signs and symbols which strengthen his visual poems.

Subtle, delicate paintings, both emotional and strong, with a flat gestureness and firmness.

Balance, bridge between East and West, his springs come both from the Japanese traditional paintings as well as from the expressionism.

An intimist and autobiographical language, full of heart-to-heart frankness, created to awaken and to transmit personal feelings.

To approach the work of Guillermo Fornes we must take into account the aesthetics inherent to the Mediterranean ancient cultures, from the “al fresco” Pompeyan paintings until the Romanesque art.

His work lives in the symbolism and in the synthesis, in a space where the drawing of the shaped forms remains in contrast with the expressivity of the coloured background areas.

Opposite forms enter in dialogue within these paintings, transmitting a deep, profound message.
Naturalness, straightforwardness around a swankyless poetics without intellectual barriers.
In short, a work which is midway from the origins of art through and through to the modernity, with poetical and expressive strength reached by means of his own subtle resources. 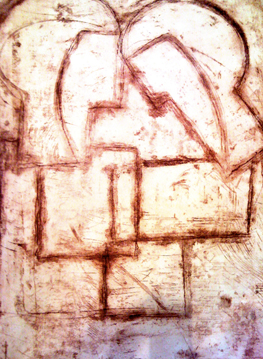 Bilbao (Spain), 21st November 1964
Psychology, Cardenal Cisneros, University of Madrid, 1986
Fine Arts, King College of Art, London, 1991
Since 1995 until 1998 he was searching and developing new techniques of printing and etching at the workshop of Mario Marini, Madrid
Period 2004 – 2005: He collaborated in the organization of temporary art exhibitions at the Bilbao Guggenheim Museum.
Since 2002 until now, he carries out his work at the Bilbao Art Foundation.

WORK IN THE COLLECTIONS OF: 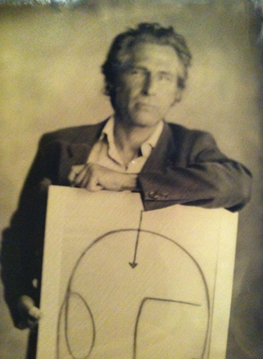